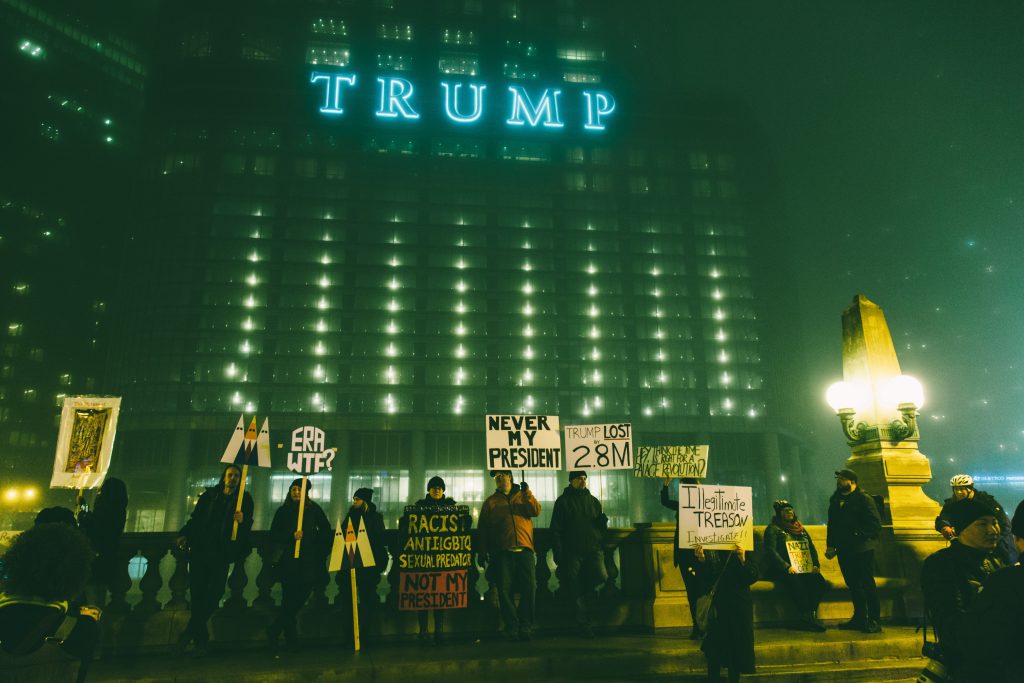 Anatole France in his novel PENGUIN ISLAND made the point that people have an almost uncontrollable instinct to get behind anyone who is perceived as more powerful, more robust at life than they think themselves to be. They do this, they tell themselves, for self-survival, but all too often they become victims of the leaders they surrender themselves to.

Richard Nixon understood this principle very well in 1968 when he appealed to the “Silent Majority,” encouraging white working class voters to abandon the Democratic Party and cross over to the Republican line. Unfortunately, this group of voters was then pretty much abandoned by both the Republican and Democratic parties and were still looking for someone to acknowledge their plight when along came Donald Trump. In a country increasingly disrupted by new internet-applications and global trade agreements, these working class voters became more and more redundant in the jobs marketplace, their work skills no longer commanding even the minimum wage. They needed to express their outrage at this economic ostracism and they chose Donald Trump to be their spokesperson. Regardless of how the 2016 election goes, the issue of a large group of disaffected voters still has to be dealt with, as its effects will indeed impact the value of New York City real estate assets.

if you elect a matinee idol president, you’re going to have a musical comedy administration.

We real estate managers have to project what the political landscape will look like after Election Day this November and its impact on, for example, the price of oil. We know that Candidate Clinton opposes the Keystone pipeline and will come out against any repeal of the crude oil export ban-pleasing refiners while displeasing domestic crude oil producers who will continue to have their markets restricted. Candidate Trump is the polar opposite of Clinto: he is very pro-energy and favors the Keystone pipeline and continued fracking, to add to US domestic reserves. As if to give the advantage to Candidate Clinton, the U.S. Labor Department reported that non-farm payrolls rose by 242,000 in February, but wages fell from the prior month and the average workweek declined. These mixed signals will most likely keep the Fed from raising interest rates in March. Rate rises are more likely in April, 2016, but overall will be constrained as President Obama will try to hand-off a relatively robust economy to Clinton on Election Day. Oil prices also continue to climb, egged on by reports that the number of drilling rigs in operation continues to decline to around 392, the lowest level since 2009. This could mean a push toward $40 per barrel oil. However, lurking in the shadows with all the good economic news is the metric that the U.S. trade deficit grew by 2% in February as export shipments of all goods (except cars) declined. This is noteworthy because this shows the impact of the stronger dollar on our economy, and more importantly demonstrates a slowdown in demand from trading partners Canada, Latin America, and China. So, when we enter the booths on Election Day crude oil could be trading at around $40 per barrel and the Prime Rate hovering around 4%. Real estate values will not show the steroid-like performance of earlier cycles as demand for office space will be constrained by the corporate trend to reduce the amount of allowable space per employee in office buildings, and the price growth in rents will be slower in 2016 than in the prior year as very low rental vacancy rates and a contraction in the sales market still only result in a median rent price of around $3,100. But not all is gloom and doom. The vote for the presidency could result in a reshaping of the two main parties and a political realignment that leads to less of a governmental gridlock, becoming instead a government able to pass budgets, reduce entitlement spending, and find the money to repair streets and roads.  Otherwise, as master builder Robert Moses warned years ago, “if you elect a matinee idol president, you’re going to have a musical comedy administration.”