In Theodore Dreiser’s The Titan, he described the energy landscape in New York City at that time as follows (and which I have paraphrased) :

Frank Algernon Cowperwood does not believe in the people; he does not trust them. To him they constitute no more than a … coal seam which is to be exploited …They present but a mass of bent backs, their knees and faces in the mire, over which as over a floor he strides to superiority. His private and inmost faith is in himself alone.

It is pretty evident that Cowperwood never worried about, nor gave a second thought to, the most critical issue facing New York City today—the issue of climate change. Climate change is a wake-up call requiring us City residents to improve energy efficiencies in the City’s housing stock, thereby creating a much more resilient, healthy and affordable City for every New Yorker.

Historically, the seminal year for taking climate change seriously was in 2009 when New York City launched a groundbreaking initiative to calculate just how much energy its largest buildings consumed. This was a first effort to reduce carbon emissions from energy used in buildings. The use of this information, a process known as benchmarking, led to the observations that carbon emissions and energy use in these benchmarked buildings showed drops of 9 percent in emissions and a 6 percent decrease in energy use between the years 2010–2014. This was indeed a noteworthy accomplishment, as statisticians were on record as actually projecting a 30 percent increase in emissions by the year 2025. Also coming out of this study was the conclusion that multi-family buildings and office buildings actually close to 90 percent of the energy used in the City’s large buildings. An interesting observation coming out of the benchmarking process was that a large number of the benchmarked buildings still use steam heat, once a prominent source of heating, and is rarely installed in new buildings due to innovations in heating technology. 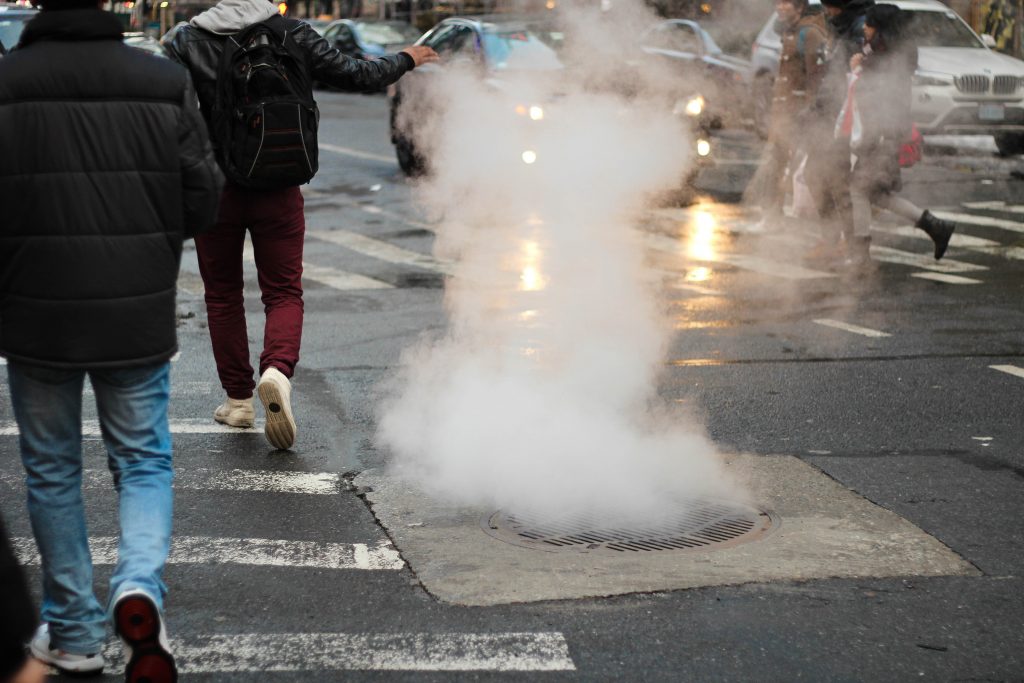 Also electricity makes up about 60 percent of the original energy source in our portfolio of buildings; natural gas provides around 25 percent and Con Edison’s district steam system—only in Manhattan—accounts for another 10 percent. On the outflow side, space heating accounts for 30 percent, with lighting and space cooling combined accounting for another 30 percent, with the balance assigned to various hot water, miscellaneous and ventilation categories. What is particularly noteworthy is that in multi- family buildings, the largest energy user is space heating, while in offices the largest energy users are computers and other electrical equipment. Consideration should also be given to the fact that the two most carbon-intensive energy sources continue to comprise a substantial portion of source energy.

New York City’s natural gas structure has ConEd supplying gas to Manhattan and the Bronx, and parts of Westchester and Queens, while National Grid supplies Brooklyn, Queens, Staten Island and Long Island. The statistics we saw showed that in the year 2011, the total gas consumption in New York City was around 500 billion cubic feet, with 60 percent from Con Ed and 40 percent from National Grid. Compare that to the approximately one billion gallons of heating oil consumed annually in New York City. The usage pattern for natural gas in the New York City region mirrors what goes on in the Northeast portion of the U.S.—i.e. commercial and residential consumption predominate in the winter heating season months and electric power generation peaks in the summer months. Note that substantial amounts of gas are used for power generation in the winter. It is also noteworthy that a great many of the power generation loads are interruptible with dual-fuel capability. This means that they are interrupted to meet firm gas demand on winter peak days. We were comforted by the fact that there exists an extensive interstate pipeline network around the City. Both Con Ed and National Grid are directly connected to several pipelines at numerous points in their service territories. The major sources of gas supply to the City are through interstate pipelines. The demand outlook for natural gas is forecast to grow at the rate of around 1 percent each year in New York City, driven by electric power generation with some increases in residential and commercial demand. The supply outlook is affected by major shifts in the growth of Marcellus Shale gas production. New York City is expected to become more and more reliant on natural gas from Marcellus Shale and Utica Shale production, and less reliant on gas imports from Western Canada.

As building managers, you have to become adept at constructing financial models, which will indicate whether natural gas or heating oil will be the right energy source for your building. You should also reach out to your trusted energy advisor for help in modeling the algorithms you will require for this exercise.

At the end of the day we are all tasked with making the world a better and more harmonious place, and unlike Frank Cowperwood’s character in Drieser’s novel, we know instinctively that this can only be done with mutual respect and cooperation.