In the 2013 science fiction thriller Under The Skin Scarlett Johansson plays an alien who comes to earth and seduces unwitting men in Glasgow into becoming foodstuff for her BFFs hungrily waiting in the next galaxy back home. 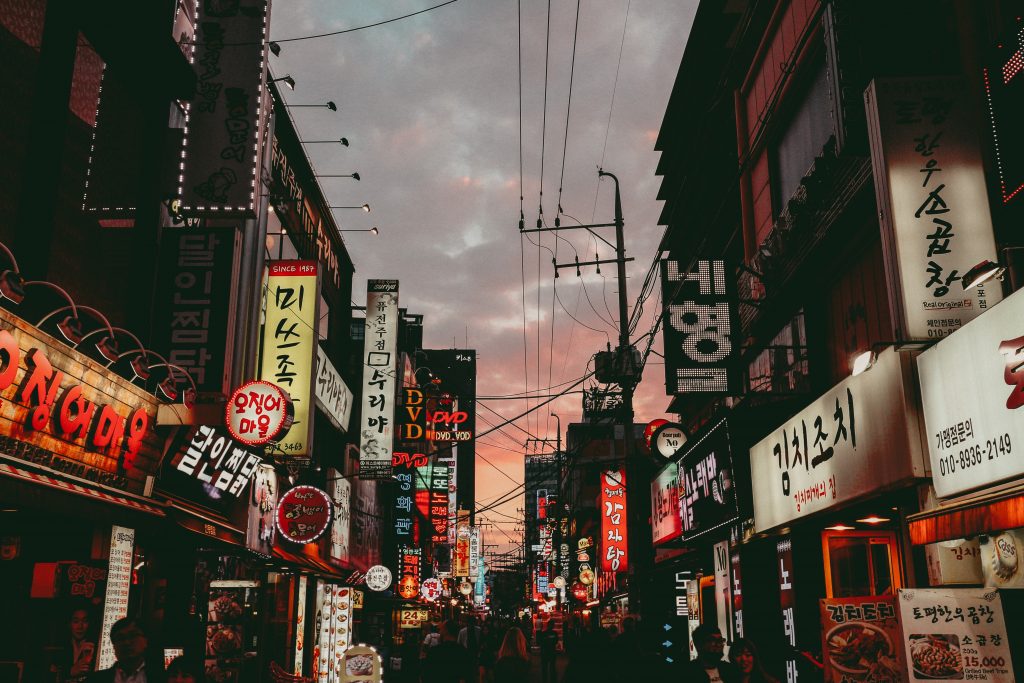 As we go to press, Trump is also facing off against North Korean leader Kim Jong Un in a life-and-death situation, which could very well challenge everyone’s vision for the future. Both Trump and Kim Jong Un are children of privilege. Regardless of who blinks first, a nuclear exchange between the U.S. and North Korea would be catastrophic: imagine an apocalyptic scene of corpses strewn like rocks, survivors begging for death and a maelstrom of radiation consuming the Korean Peninsula for decades to come. Chinese President Xi would then have to decide on the spot whether to allow fleeing North Koreans into China, or launch his own retaliatory strike against the U.S.

How did we get here? Trump arrived by catering to the of his largely middle -aged, white, middle-and working-class base. Kim Jung Un was anointed by his father. At the end of World War II, the Soviet Union occupied the northern half of Korea and in 1946 established the Provisional People’s Committee for North Korea chaired by Kim II-sung, who was then succeeded by his son, Kim Jong-II, and then the present leader, Kim Jong Un succeeded his own father. North Korea is not a superpower. Its  GDP is dwarfed by its South Korean neighbor and people in the U.S. spend  more on their pets than North Korea’s entire GDP. Yet, Kim Jong Un has relentlessly pushed through an intercontinental ballistic missile program with the capability of now reaching Los Angeles.

But we have to still rely on the notion of mutual deterrence—an attack on the U.S. rains destruction down on all nuclear players.

What can we do next? In 1994 then-President Clinton negotiated a deal with Kim Jong-II to cease production of the nuclear material needed to manufacture bombs in exchange for significant amounts of aid. Kim took the cash, but kept building a nuclear arsenal anyway. The younger Kim also sees that having a nuclear arsenal is the only way to guarantee the survival of his regime. Perhaps Trump could indicate to Kim that an attack on a U.S. ally or an attack on the U.S. itself would be met immediately by an all-out nuclear response from the U.S. We have to assume here that Kim cares very much about saving his own skin as Kim’s lifestyle is one of unbridled excess. In a nuclear exchange with the U.S. Kim would most assuredly lose all his luxuries, as well as his own life and the lives of his people.

For what it’s worth, we should note that America has been here before. Look back to the post World War II years when Stalin and Mao Tse-tung were assembling their nuclear arsenals. Factions in the U.S. argued for preemptive attacks to halt these weapons programs. Luckily for all of us, rationality prevailed and we are still here to talk about it. But we have to still rely on the notion of mutual deterrence—an attack on the U.S. rains destruction down on all nuclear players. We may get lucky and Kim gets removed in a coup, or by popular uprising. In that scenario a barbaric leader is eliminated and North and South Korea can be reunited, much like Germany. Until then, let’s hope that cooler heads prevail.

Meanwhile, back here on the home-front: